This article provides several tips and important information for dealing with insurance adjusters after you have been involved in an accident. 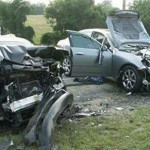 Being involved in a car accident, bus accident, trucking accident, motorcycle accident, or any other accident with serious injuries can be devastating. In addition to the ever-rising medical bills, you are left to struggle to meet the costs demanded of daily living: paying the rent, buying food, and taking care of your family and children. When you are facing serious accident injuries and tremendous medical bills, you may be tempted to accept the first personal injury settlement offer presented to you by an insurance company or insurance adjuster. This article will hopefully provide you with valuable information about how to deal with insurance adjusters after accidents.

The First Offers From Insurance Companies Are Usually Low

The first accident injury settlement offer an insurance adjuster makes is usually on the low end, even if it sounds like a lot of money to you. Remember, insurance adjusters work for the insurance company and are trained to settle claims for the least amount of money possible. This is their business. Hiring an experienced Florida accident injury attorney can help level the playing field for you and your family. Our firm’s aggressive Florida accident injury attorney team consists of strong advocates fighting for your best interests in obtaining you maximum compensation for your insurance settlement. 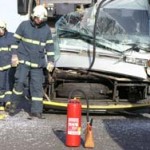 When an insurance adjustor contacts you to “help you settle your claim,” remember that he or she may try to get you to say things that will minimize the value of your claim. For this reason, it is important to have an experienced Florida accident injury attorney that knows how to deal with insurance adjusters after accidents and either negotiate a settlement or file an accident injury lawsuit on your behalf. Even if you try to cooperate with the at-fault party’s insurance company, your statements may be used against you and misconstrued to diminish the amount of money that you are legally entitled to receive for your accident injuries.

Insurance adjusters also commonly try to contact accident victims soon after an accident before the victims are able to fully assess their injuries and/or damages. Often times, injuries take time to show up and are not discovered immediately after an accident. Some injuries even require significant treatment into the foreseeable future. By executing a waiver or any documents proposed by the insurance company before you are unaware of the full extent of your injuries and how they may impact your future, you may waive your right to receive compensation that could help get you back on your feet and back to work. It is best to refuse to speak to an insurance adjuster until you consult a qualified Florida accident injury attorney about how to deal with insurance adjusters after accidents.

After reaching a fair settlement with an insurance company, you may be asked to sign a “Release and Waiver” form. This form prevents you from filing additional claims or additional lawsuits in the future and asks you to give up certain rights that you may otherwise be entitled to. It is a good idea to have an experienced Florida accident injury attorney look over a “Release and Waiver” form before you sign it to make sure your best interests are protected. 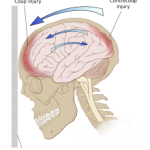 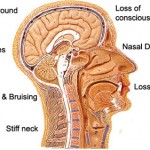